Rec Rockers in the News!

A few weeks ago the adapted rock band class that I have the pleasure of leading got to feel like real rock stars for the night as a local reporter came to do a story on the class!  The guys were pretty excited, especially as the reporter is also a fantastic photographer and was clicking away!  The article is not online yet but here is the story and the photos, all thanks to our favourite reporter Boaz Joseph:

Semiahmoo House Rec Rockers jam once a week, building confidence and friendships
Marching to the beat of one rockin’ drum

No one can say rock is dead –not after meeting the Rec Rockers. Guitarist Andrew Kison is one of this band of dedicated musicians who gather every Monday night for a unique jam session at Semiahmoo House.The Rush fan finds it easier each week as he accompanies the band’s old-school rock rhythms and modern favourites on his new axe.  Sometimes he’ll show off fresh riffs, working high up on the fretboard.
“The more you work on them the better you get,” says the 21-year-old.
Alistair, a 23-year-old from South Surrey, borrowed a Semiahmoo House bass when he started playing just over a year ago. Then he went out and bought
his own. “I really like it a lot, I find it a blast,” he says. “I’ve learned Three
Little Birds (Bob Marley), I’ve Gotta Feeling (Black Eyed Peas) and What Makes You Beautiful (boy band One Direction).”
Music therapist Katherine Graff has been guiding the Rec Rockers for the last four of their five years. “The more we do it, the more they get better at listening to each other and following non-verbal cues, which are really important social and communication goals for people with autism,” Graff says. Tonight, there are nine musicians packed into the Semiahmoo House rehearsal room. There are four guitarists (most brought their own), and people on bass, drums, keyboards, an omnichord (an electronic
harp), and a lead singer in 28-year-old Adele-fan Brenna
Finch. The musicians, assisted by support workers Stella Lee, Braden
Deans and Krystyl Downing from Semiahmoo House Society,
all have some form of autism, acquired brain injury, or Down
Syndrome. After a quick rhythm warm-up session – a tapping/clapping circle
around a table – the Rec Rockers are off, giving each of the night’s songs three or four full runs. The objective – apart from rockin’ – is for these adults with
developmental disabilities to reach physical, psychological and emotional goals through a musical activity that’s engaging and rewarding. (Semiahmoo House Society, a non-profit organization located in South Surrey, exists to provide the support to people with disabilities and their families. There is also a satellite office in Newton).

Lead singer Finch, exuding an impressive amount of confidence in an interview during a break, says the Rec Rockers help her continue the path of getting out of her shell. Looking like a rocker with his long hair, Isaac Vondy, 17, practises on his guitar at home “every day, non-stop.” While his taste is harder edged, leaning towards Metallica and Pantera, he’s happy to play more mainstream material with the Rec Rockers.
“It’s really cool. They think they’re rocking out, but they’re actually practising teamwork,” says Graff. “People with developmental disabilities such as autism often march to the beat of their own drum, but by playing music together, it brings them out of their shell and allows them to follow a common external stimuli and engage in an enjoyable social activity with others, which can be rare and difficult for them.”
• • •
The Rec Rockers jam each Monday from 6-8 p.m. at Semiahmoo House, 15306 24 Ave. Registration for a new season takes place each fall. The Rec Rockers will perform on May 29 in Semiahmoo House Society Recreation and Services’
sixth-annual Extravaganza at the Surrey Arts Centre, 13750 88 Ave. Performances will include The Rec Hot Peppers’ salsa dancing, the musical theatre play Into the Woods, and the Semi Famous Players’ theatre
performance of Jimmy Down the Well.
The show starts at 6 p.m. Doors open at 5:30 p.m. Tickets are $21.
For more information, visit Falis or call 604-536-1242. 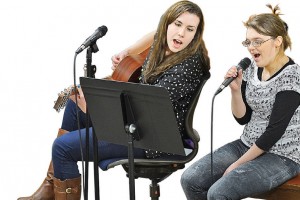 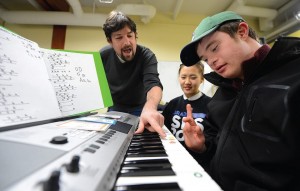 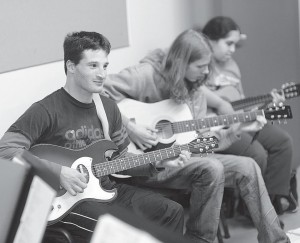